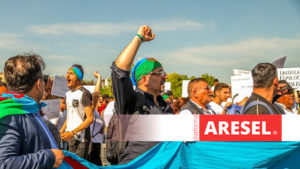 It is well known that, from time to time, the public speeches of Romanian politicians, a recent example being the 2019 presidential campaign, are dashed with racism and xenophobia. This late few days, online media abounded with news with and about Mr. Dorin Florea, the Mayor of Târgu Mureș,  racist, discriminatory and statements inspired rather by the Nazi doctrine than by humanistic and democratic values.

According to him, it should be „mandatory that all couples who want to have children to go through a social inquiry. Future parents should prove they have a job and a stable home, and an acceptable financial situation.”

Also, says Dorin Florea, future parents must have a minimum level of mandatory education and he also states that a minimum age at which an adult can become a parent should be regulated. Furthermore, Mayor Dorin Florea specifically mentioned the Roma communities, saying that, if the above conditions will be imposed „this will strike fear into their hearts and they will stop making babies just for money”. He also said that „they are a serious problem for Romania and all we do is to shut our eyes”.

Our main concern is that such statements are constantly increasing the hostility of the majority against the Roma minority in Romania.

Aresel Platform considers it is our duty, not only for us, as Roma rights activists, but for us as an entire society to publicly condemn these statements and to take immediate action.

One of these actions is a protest we organized in Târgu Mureș, in front of the City Hall, starting at 2 P.M tomorrow, January 17.

1000 people are expected to join us in this action against the racist and discriminatory attitude of a mayor elected by the members of this community, people which he is offending instead of protecting them, despising them instead of showing them respect.

People from the city’s Roma communities, human rights activists and citizens that are against this kind of hate speech and intolerable political discourse will join tomorrow’s peaceful manifestation in order to ask Dorin Florea’s public apologies and his resignation as mayor.