The Aresel platform is a civic initiative in the year 2018, in response to the 30 years of ignoring, racism, poor participation and political representation of Romanian Roma citizens. So far, our actions have received the support of over 60,000 people,  becoming the largest proactive Roma community. Aresel is a politically unrelated platform, the objective of which is to combat racism and social, political and economic inequalities between Roma and the rest of the population. The Aresel platform supports the participation and public involvement of Roma communities throughout the country.

The mission of Aresel is to encourage and support the involvement and public participation of Roma. We call on the decency authorities in relations with Roma and public policies to improve the situation of Roma communities.

Do you want to get in touch with us?

or send a message 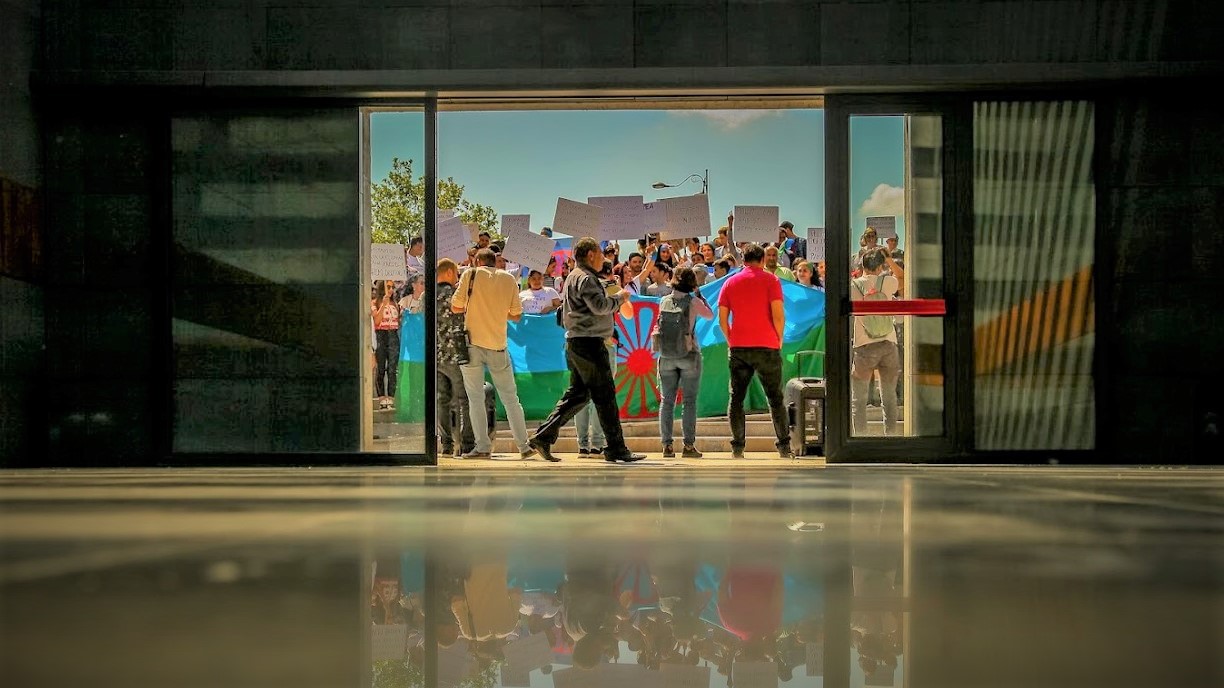 Roma, make your voice heard in the European Parliament!

Roma, make your voice heard in the European Parliament!

Roma sisters and brothers, examine the options you have for future elections to the European Parliament, choose the right one and contribute to the increase in voting in your community! For ourselves and for Europe, the Roma vote can make a difference!
Read more
25 april 2019

The civic and apolitical campaign #Aresel! #That's enough! Power of the Roma! and the #Aresel petition! #Reach !, launched on April 8, 2019, have generated the support of thousands of Romanian citizens, in order to make our politicians accountable to the Roma communities.
Read more
18 may 2019

Join us in the march #Aresel! on the International Day of the Resistance of the Roma, regardless of your ethnicity, for a more just, more equitable, more inclusive Romania, a Romania of all.
Read more

We're looking for volunteer in our communities! Let's mobilize together and make our community's needs heard!

Join a local campaign now or start one yourself! We are here and we will help you every step of the way.

Our communities are facing ghettoization, we need you to stop these segregation practices together.

We know many places where asphalt, running water or channeling ends where the Roma community begins. Help us change this.

The right to education is a fundamental one, and school leaving is a major problem in Roma communities. Children should no longer be confronted with racism and discrimination in schools.

For years, the Roma communities were a mass of manoeuvre on the black market of voting transactions. WE say Aresel! Get! With the purchase of votes on oil and flour.

There are many, especially from the young generation, who will not give the racism further to their children, and we hope to create a civilized society together. -Marian, member of Aresel
Read more
They are not Roma from birth, but the soul is very close to the Roma. 100 agree with your initiative. I support it and promote it. I’ve been working in Roma communities for 20 years and yes, #aresel! The saddest thing was to see how the masses are handled by politicians, who appear in communities only in the barracks, with the support and involvement of …

END_OF_DOCUMENT_TOKEN_TO_BE_REPLACED

Read more
I’m not Roma, but I’m glad if I could help! I have Roma friends, with whom I grew up and childish as brothers. I see very needy families, and I felt that the Romanian state must get involved and do something for these people as well. In the background are our brothers and children of the same God. I salute you with respect for everything …